Do you remember Bettendorf Castle?

In 1931, Theodore “Teddy” Bettendorf immigrated to America from Luxembourg. Overlooking the town of Fox River Grove, he began building a castle that took over 36 years of dedication and hard work. As a boy, Teddy learned his masonry skills from watching a historic castle being rebuilt in his hometown of Vianden, Luxembourg. In his building of the castle he collected stones from such places as local farmer’s fields, stone quarries and the excavation of Lake Julian. In addition to the castle itself, there is a water filled moat, a wishing well, a working drawbridge, outside bathroom and sink, outdoor fireplace, observation tower,  and courtyard. Since its completion the Bettendorf Castle has been used as a honeymoon suite, for filming of commercials, various civic events and as a private residence. 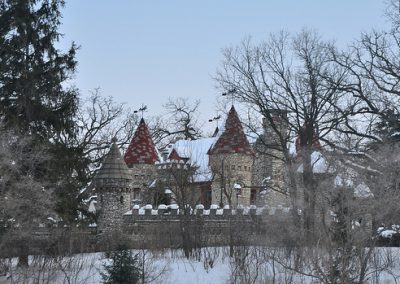 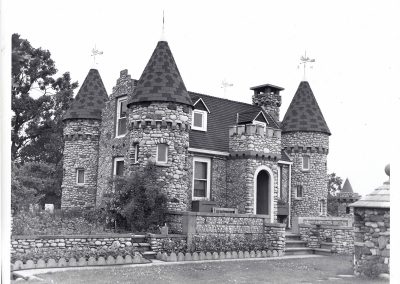 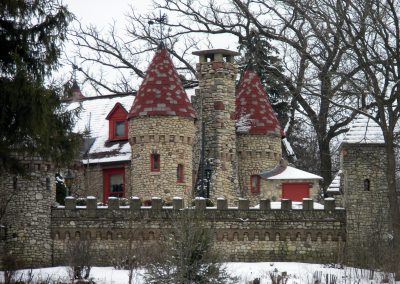