In Honor and Memory of Chuck Engels Sr. 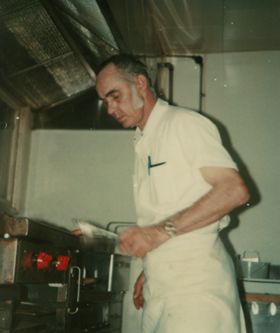 Chuck Engels Sr. in the Kitchen

Where you would find our dad most often throughout his life. 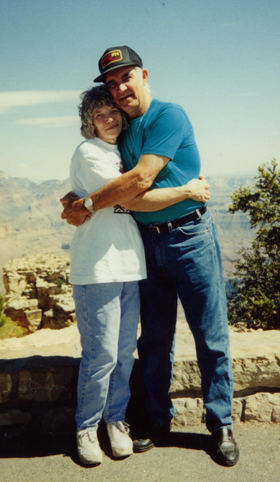 At the Grand Canyon 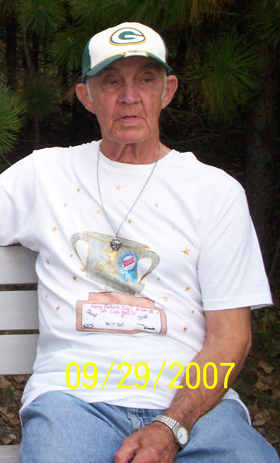 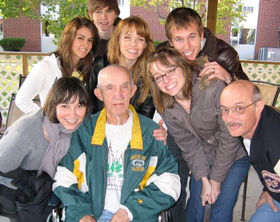 Chuck was born Nov. 16, 1929, in Green Bay, Wisconsin, the son of the late Florence Engels and Clarence Becker and was a veteran of the U.S. Army. He married Charlotte Heenan on June 16, 1956. She preceded him in death on Nov. 29, 2006, they had just celebrated their 50th wedding anniversary earlier that year.

Besides his wife and parents, Chuck was preceded in death by one sister: Betty Goracke (Pepper Curtis), a Hollywood stunt woman.

Chuck cooked at many restaurants in the Carpentersville area; The Chateau Louise, Kim Cath Lounge, Gregg Nursing Home, Masi’s, Iron Skillet, and a few others. He was also a long time employee at Hills McCanna where he was a shop steward and machine operator. Chuck also owned and worked at many restaurants in the Marinette and Green Bay Wisconsin areas

Chuck enjoyed singing and writing songs, if you knew him long you got to hear at least one of them. He was a lifetime Chicago Cubs fan and loved fishing, golf and bowling. Being from Green Bay he was also a lifetime Packers fan and had a cousin, Weyland Becker, that played for the Packers in the 30’s.