What was the Cinema like way back in the olden days?

Where did you see your first movie in a theater?  If you lived in Carpentersville, any time since 1970, it was probably Meadowdale Cinema I & II.   If you have any images of the Cinema to share please contact us.

The History of Meadowdale Cinema I & II

Do you remember Pepsi O Rama?

In the early 70s you could get into the theater, Wednesday mornings in the summer, for 6 Pepsi bottle caps.  The Pepsi O Rama lasted for at least 3 years between 1970 and 1973.  Every year they would crown a Pepsi O Rama King and Queen in September.

Cinema 12 was built in 1967 by the Besinger family as part of the Meadowdale Shopping Center and leased to General Cinema, which opened it on March 25, 1970. Originally a two-screen theater with about 1,300 seats, it has since gone through several changes. In 1974 it was expanded when two additional auditoriums, each seating 335, were added. In 1978 one of the two original theaters was split down the middle, making it a five-screen theater.

Classic Cinemas took over the theater in April 1990 and closed it down for renovations. Within six weeks, it had all new seats, carpeting, screens, concession counter and the entire interior was repainted. A beautiful neon sculpture was created for the center section of the lobby, which soars to 20 feet. In 1994 two additional auditoriums were added, and another five were added in 1995.

In 2004, the theater’s lobby was renovated with new carpeting and floor tile, as well as improvements to the concession area. Baby changing Cinema 12 Theater stations were added to every restroom to keep the theater family friendly, and the hearing impaired system was upgraded to infra-red, the industry state of the art.

A 50 foot wide “BIG” screen was installed in the largest auditorium in May of 2005.  Along with the larger than life big screen image, an all-new HPS 4000 Digital Sound system was added.

In March of 2009 Digital 3D was installed on three screens! Today there are 12 auditoriums with 2,685 seats.

On March 12, 2012 all auditoriums were updated with Enhanced 4K Digital Projection and Datasat Sound Processor.

Please check out the great Meadowdale Cinema images and files from the past.

Click on the links below to view the Newspaper Articles

Images and Articles of Meadowdale Cinema 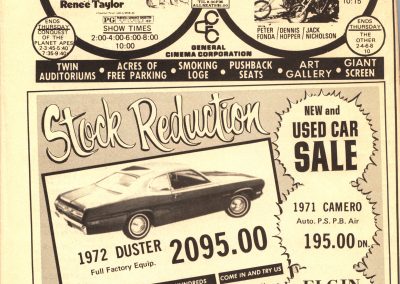 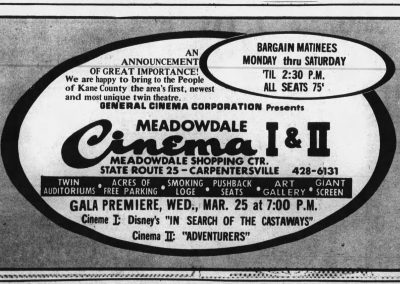 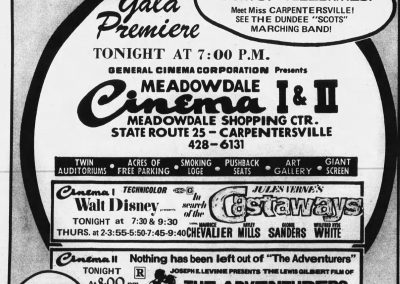 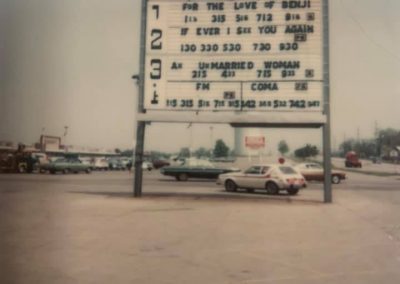 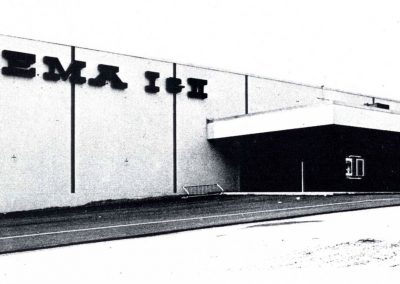 Meadowdale Cinema I and II 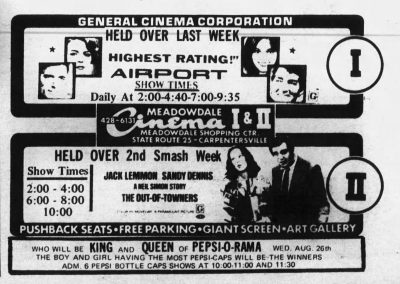 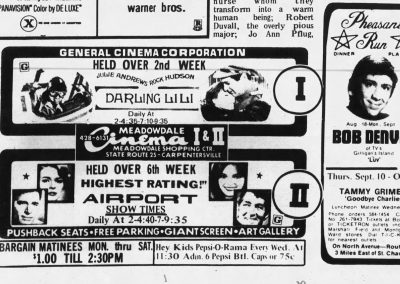 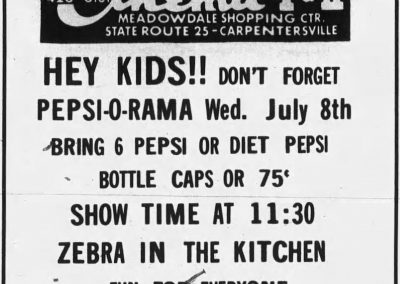 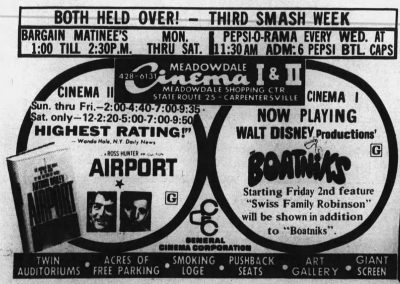 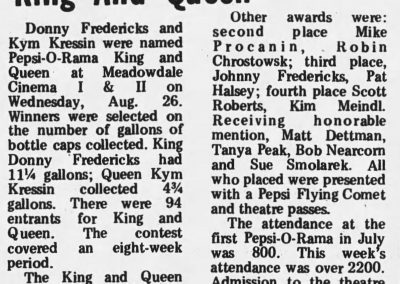 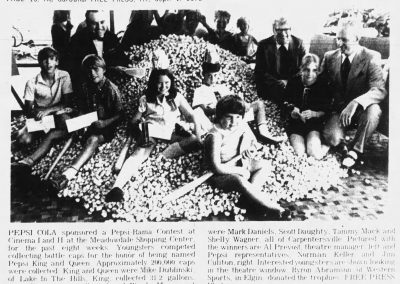 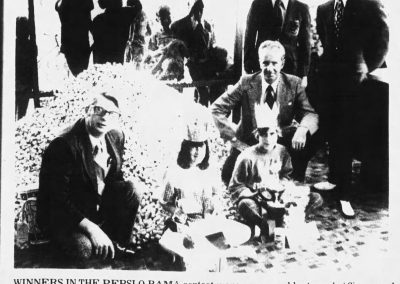 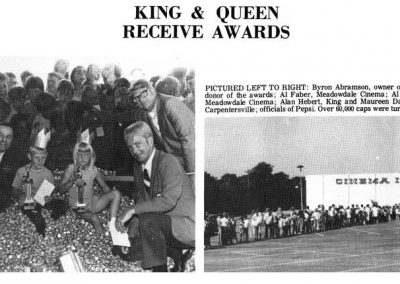