Welcome to the Carpentersville Memories Dispensa’s Castle of Toys Page. Our goal is to bring back some fun memories of growing up in the 50’s, 60’s, 70’s and 80’s. Please take your time and check out all of the Dispensa’s images and files, they are sure to bring back many memories.

Do you remember the Castle of Toys?

Dispensa’s Castle of Toys was a toy store located near the Oakbrook Center shopping center, in DuPage County, Illinois.  The store opened to the public in 1967.  Kiddie Kingdom amusement park opened in 1975. Kiddie Kingdom closed its doors for good in 1984.

The store received a fair amount of attention due to its unique shape, as a stereotyped castle. It was a staple of Chicago television advertising, particularly during the  Christmas season.

Its jingle featured a woman singing this song, with a child’s voice interposing spoken comments:

Despite the visual attempt to rhyme, the last line was pronounced the proper way, “Ill-i-noy”, rather than the colloquial “Ill-i-noise”.

The site of the toy store and “Kiddie Kingdom” is now occupied by an office building called the Oakbrook Terrace Tower. 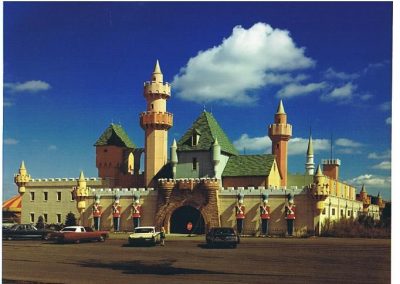 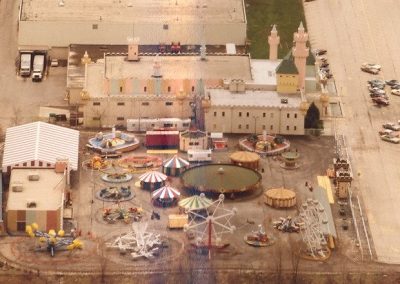 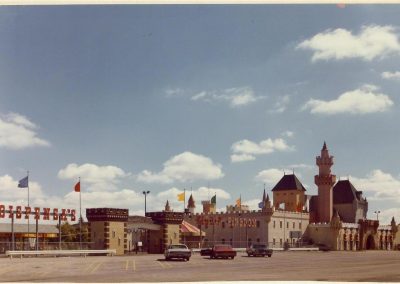 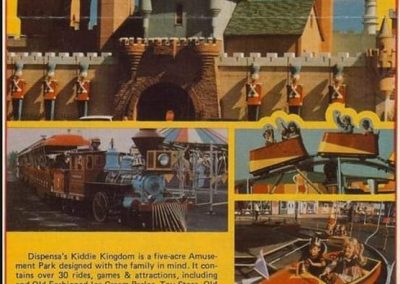