Welcome to the Carpentersville Memories Courier News Page. Our goal is to bring back some fun memories of growing up in the 50’s, 60’s, 70’s and 80’s. Please take your time and check out all of the Courier News images and files, they are sure to bring back many memories.

Many of you are probably remembering your paper route and delivering the Elgin Courier-News.

For 123 years, the Elgin Courier has been a hub of activity in Elgin — collecting hometown news, photographing local happenings and generally keeping the people of the Elgin community abreast of the news.

The Courier was not the first newspaper that Elgin supported.  However, it is the one that has survived. Newspaper publishing first began in Elgin in 1879 and numerous publishers and papers dotted the scene until the Courier was established in 1890.

Many publishers and locations later, the Courier has survived through the depression and other bad times. Publishing methods have changed over the years with new technology and now the Courier gets printed in Taylor and maintains a presence on the Internet.

Miles H. Hill, a lawyer, was the Courier’s first owner, but almost a year later, Dr. S.T. Cain purchased the paper. In 1897, Dr. Cain sold it to S.T. Isaacks and C.W. Webb, both school teachers who later became lawyers. Webb sold his interest to Isaacks a year later. Dr. W.C. Smith and his son, J.O. Smith, bought it from Isaacks and when Dr. Smith died in 1908, J.O. Smith became the sole owner.

The Courier ownership under the younger Smith, is credited with substantial growth of the newspaper, the development of the City of Elgin and being a positive influence in public life, according to an anonymous 1972 article. In 1948 Smith retired, selling the paper to Don Scarbrough. By this time, the Courier has been housed in at least seven different locations in Elgin. Scarbrough sold the newspaper to W. Gregory Hale in 1950. Hale sold the Courier after only four months to C.A. and Bonner McMillion.

Two years later, the McMillions sold to Edwin Bronaugh, who died in 1954. His wife continued to operate the paper until 1956 when she sold it to H.H. Bredlow. During Bredlow’s ownership, the offset printing method was begun in 1957. His son, Robert Bredlow, became the managing editor at the newspaper.

A group of young men purchased the paper in 1964, one of whom was Bob Barton. Barton and his father, R.C. Barton, became owners in 1967. Barton sold the paper to Orville Mosher, but took ownership back in 1967, after 18 months with Mosher as owner.

At least two moves were made by the Courier during this period. The newspaper’s current home, 105 Main, was purchased by Barton in January, 1975. Taylor Newspapers Inc. purchased the Courier in 1977. Charles A. Schulz Sr. and his son, C.A. Schulz Jr. were stockholders of the corporation. C.A. Schulz Jr. died suddenly in 1990.

The Elgin Courier has been a driving force in bringing issues to the citizens, from fighting for a public water system through the Depression years, two World Wars, building schools and streets, reporting on the election that brought Austin Community College to town as well as the arrival of big box retailers and other economic growth.

Images and Articles from the Elgin Courier-News 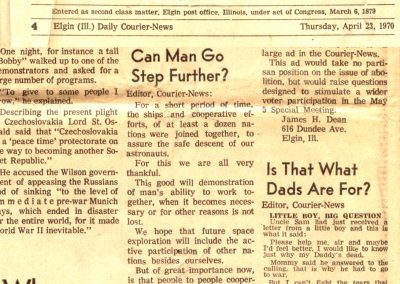 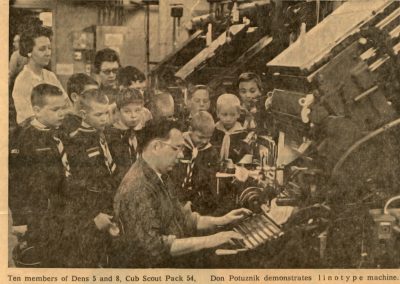 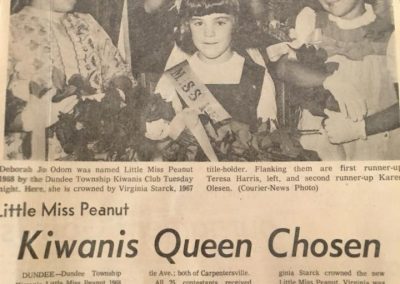 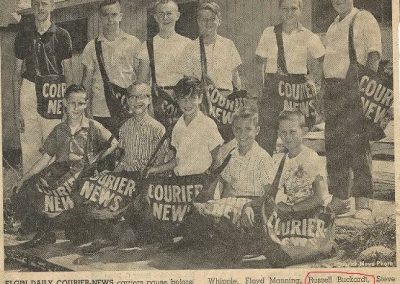 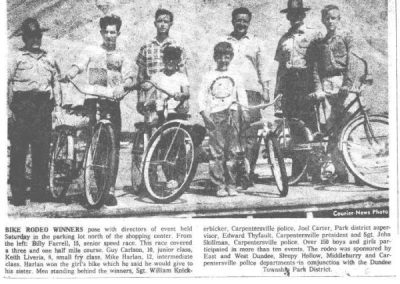 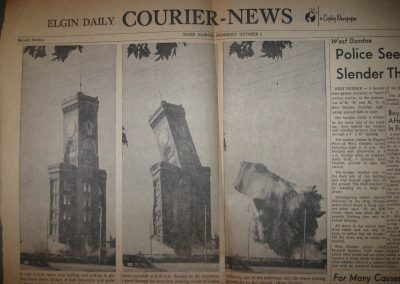