Welcome to the Carpentersville Memories Funland Kiddie Park Page.  Our goal is to bring back some fun memories of growing up in the 1950s, 1960s, 1970s and 1980s.

Did you go to Funland Kiddie Park?

Funland Kiddie Park was located in East Dundee. It was south of Santa’s Village, both of which were located on Illinois Route 25. The park ran from 1959 until 1972.

A lot of people called this place Kiddyland (or Kiddieland). This is different from Kiddleland in Melrose Park. This park was the original local amusement park. It was also inexpensive. The park started on the east side of Route 25. After one season, it was moved to the west side of the road. When the park closed, the land was used for a Chevrolet dealership.

One of the most popular rides were the hand cars, also known as the pedal cars. It was a grand day when you got the strength to ride one by yourself. Even experienced riders got stuck. There was an employee who would come to the rescue.

The first rides a person saw were the train, caged ferris wheel, and larger ferris wheel. You would have to cross the train tracks to get in the entrance. The train went around the perimeter and through a shed. It was an open type train and a uniformed engineer sat on top. The train was stored in another shed on the property.

Sometimes, people went just for one of the ferris wheels. Birthday parties were held here too. Others went for the other rides, such as, the roller coaster. The Bozo Show’s Sandy the Clown and Ring Master Ned made an appearance too. 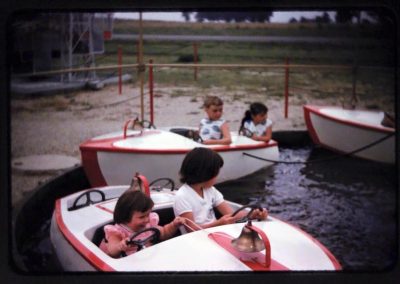 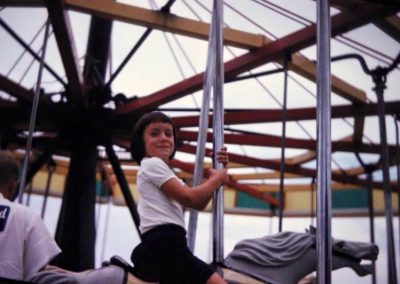 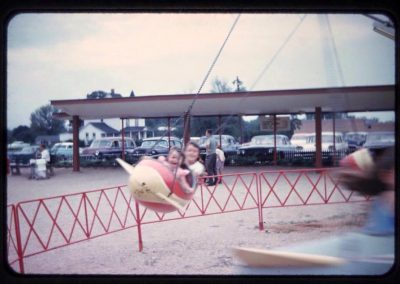 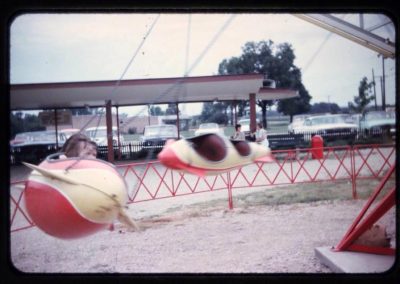 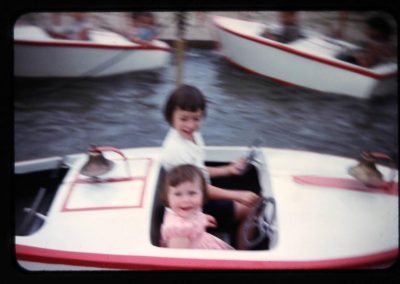 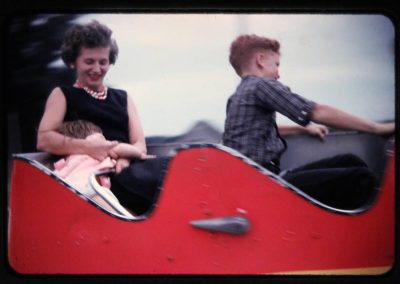 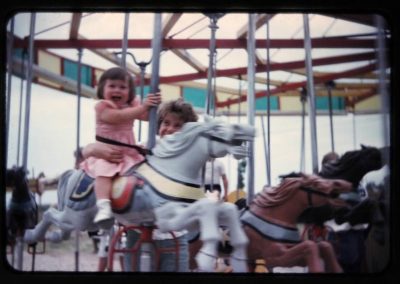 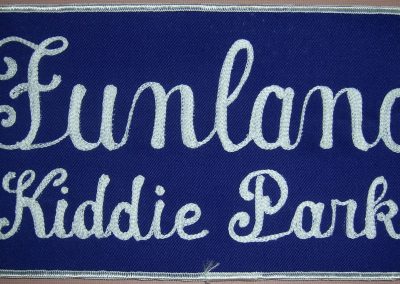