In Honor and Memory of James R. Klinkhamer 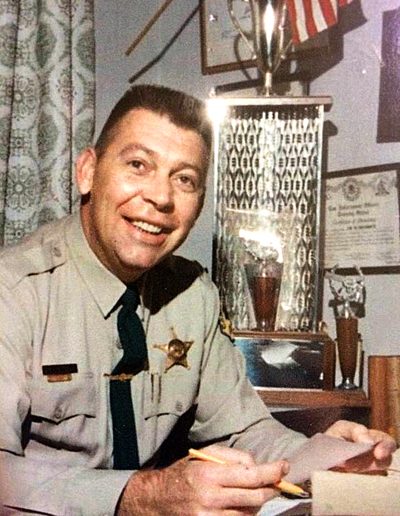 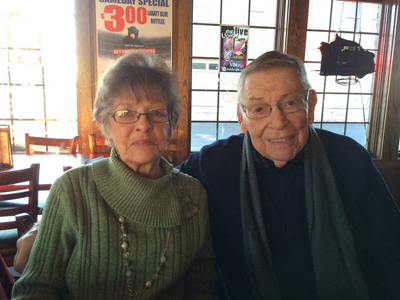 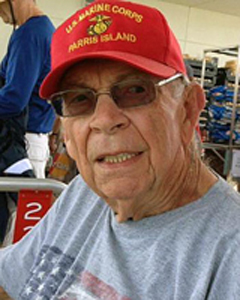 Jim Klinkhamer, former Carpentersville Chief of Police, passed away on July 8, 2015, he was 86.

James R. Klinkhamer, age 86, of Hampshire, formerly of East Dundee and Carpentersville, retired Carpentersville Chief of Police and Chairman of the Kane County Sheriff’s Merit Commission, passed away on Wednesday morning, July 8, 2015, at the Advocate Sherman Hospital surrounded by family.

Jim was born in Chicago on April 28, 1929, and was the son of the late Carl and Winifred Klinkhamer. On December 11, 1948 he married Dolores H. “Dee” Krizek. Jim was a resident of the Carpentersville, East Dundee and-Hampshire areas for almost 60 years.

Jim’s entire professional career was spent in Law enforcement. He served as former Carpentersville Chief of Police for 20 years retiring in 1979 and for 24 years, Jim served as Chairman of the Kane County Sheriff’s Merit Commission. He was a longtime member of the Kane County Chief of Police Association and a member of the Carpentersville VFW Post 5915. Jim was also a very proud United States Marine having served in W.W. II and the Korean War.

Survivors include his beloved wife and best friend of 66 years, Dee; their sons, Dan (Sue) and Jim Klinkhamer.

Other survivors include; his grandchildren, Lindsey (Pat), Leslie, Steven, Kevin, Julie (Aaron), Hayden, Kenzie, Chloe and Hudson; his great grandchildren, Anna, Kaden and Sophia as well as many good and faithful friends.

In addition to his parents, Jim was preceded in death by his son, Steven A. Klinkhamer on August 1, 2001; and his brother, Charles Klinkhamer.

From the Chicago Tribune

During his time as Carpentersville police chief, Jim Klinkhamer could be found in his office on Saturday morning, a line of people waiting outside to talk with him. “He always taught me to treat people the way you wanted to be treated,” his oldest son, Dan, said, comparing the meetings with the public to modern-day “coffee with the mayor.” After years of heart complications, Klinkhamer died Wednesday morning. He was 86.

Dan said his father was the third police officer to join the department, around 1957. He stayed for 23 years, the last 18 as police chief. When Klinkhamer moved to Carpentersville from the South Side of Chicago, his son said, it was a “blue-collar town,” and “he was always one of those kind of people.” “He might have been the police chief, but he was one of the guys,” Dan Klinkhamer said. “He identified with those people.” Dan Klinkhamer followed in his father’s footsteps by becoming a police officer for St. Charles.

Jim Klinkhamer served in the Marines at the end of World War II and in the Korean War before joining the Carpentersville Police Department. After his retirement, Klinkhamer stayed active as chairman of the Kane County sheriff’s office’s merit commission for 24 years. He also handled security at the Palumbo gravel pits in East Dundee.

In his free time, Klinkhamer enjoyed fishing and traveling, especially to Florida in the winter. Most recently he lived in Hampshire with his wife of 66 years, Dolores. Klinkhamer was preceded in death by his second son, who was killed by a drunken driver in 2001. Aside from Dan and his wife, he is survived by a third son, nine grandchildren and five great-grandchildren.

Klinkhamer, 86, died of congestive heart failure on July 8 at Advocate Sherman Hospital in Elgin, said his son Dan. He had been a resident of Hampshire for the past 10 years.

Born on Chicago’s South Side, Klinkhamer briefly went to Harper High School in West Englewood and also attended what now is Maryville Academy in Des Plaines. At age 17, he joined the Marine Corps and served in the South Pacific after World War II, performing what he would later refer to as “mop-up duty” on small Pacific islands.

After being discharged, he met his future wife, Dolores “Dee” Krizek, at a friend’s wedding. The couple married in December 1948, and she survives him.

Klinkhamer struggled to find work after his active duty for the Marines, so he enlisted in the Army and served during the Korean War.

Again returning home to Chicago, Klinkhamer worked construction jobs before looking for work in the northwest suburbs, near his wife’s parents’ home in Mount Prospect. Around 1956, Carpentersville’s police department hired Klinkhamer as its third police officer.

During the 1950s, Carpentersville’s population surged, rising from 1,500 people in 1950 to 17,400 in 1960. After serving for three years as a patrolman and a sergeant, Klinkhamer was appointed Carpentersville’s police chief, a position he held until his retirement in 1979.

“The police department back then was not like it is today—it was a lot more family service,” said former Carpentersville police Chief John Skillman, who was a captain when Klinkhamer was police chief and later was Carpentersville’s mayor. “We would do things like take someone who needed an ambulance to the emergency room if they were in walkable condition (and) it would take 20 to 30 minutes to get a private ambulance. We went through a lot. And it was a small department, so we had to depend on each other a lot of the time.”

Skillman said Klinkhamer and other officers built relationships with many of the young people in town.

“Most of the kids knew us by name and we knew them, and they knew what they could get away with and what they couldn’t,” he said. “We kept order and there was no problem with that.”

Klinkhamer’s son, who is a retired St. Charles police captain, said that his father’s time in the Marine Corps shaped him as a leader.

“He was only in the rank-and-file for a few years before he was appointed chief, and the good thing about him was he never forgot where he came from,” Dan Klinkhamer said. “He was a cop’s cop.”

Several years after retiring as Carpentersville’s police chief, Klinkhamer and his wife moved to East Dundee, and he started a security firm.

In 1984, Klinkhamer was named chairman of the three-person Kane County Sheriff’s Merit Commission, which screens applicants for jobs under the sheriff’s jurisdiction and handles entry-level testing and promotions. Although a part-time job, Klinkhamer went in to the office most days and spent several hours there, his son said.

“Jim was physically a big man, but he was big in a lot of ways, not the least of which is, he had a heart as big as all outdoors,” said former Kane County Sheriff Ken Ramsey, whose entire 12-year tenure as sheriff took place during Klinkhamer’s time on the commission. “He’d do anything to help anybody.”

Former Kane County Sheriff Pat Perez said Klinkhamer was “like an uncle” to him and that the Perez family’s term of endearment for Klinkhamer was “El Jefe” — Spanish for “The Chief.”

“The thing that spoke volumes about Jim was that anytime someone from the sheriff’s office retired or got promoted, he and the other Merit Commission members attended the ceremony — the retirement ceremony or the promotional ceremony,” Perez said. “That really made us feel like we are family.”

Klinkhamer retired from the commission in 2008.

Klinkhamer spent time in Florida each winter and also enjoyed fishing, traveling on cruises and selling and trading guns.

In addition to his wife and son, Klinkhamer also is survived by another son, Jim; nine grandchildren; and three great-grandchildren.