In Honor and Memory of Kathy McCafferty 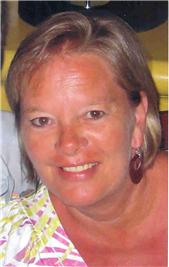 Born September 16, 1955 at Elgin, Illinois, she was the daughter of James McCafferty and Mary Owens McCafferty.  She moved to Irving from Carpentersville, Illinois.  She married Barry W. Leach June 12, 1977 in Irving.

A homemaker, she was a proud stay at home Nanny and wouldn’t have it any other way.

She was preceded in death by her parents and brothers James and John McCafferty; and her father-in-law, James Leach.