Welcome to the Carpentersville Memories Lake-In-The-Hills Page. Our goal is to bring back some fun memories of growing up in the 50’s, 60’s, 70’s and 80’s.

Did you live in Lake-In-The-Hills?

Lake in the Hills

Lake in the Hills was once a small residential community where farms dotted the landscape. A few original farms and fieldstone foundations still stand.  The retreat of the glaciers provided the hills. The settlers who first arrived turned the prairies into farmland.

In 1923, Federal Judge Walter J. La Buy started purchasing property around what is now Woods Creek Lake, the largest lake in the Village. He acquired 472 acres for his estate by 1926, and built five stucco houses for his children along the south side of Woods Creek Lake on Indian Trail. Judge La Buy planted many pine and oak trees that still stand as major attractions for homebuyers. Through his efforts, the lake was dammed and further dug out, also in 1923.

Many of these summer homes soon became year-round residences. This led to the lot between 292 and 290 Indian Trail, being designated as the children’s beach. This area in now owned by the Village. Mules were used to complete the initial excavation, a difficult task in those times. Today, the lake is much larger than its original size after several enlargements over the years.

In 1946, the Lake in the Hills Development Corporation purchased La Buy’s 473 acres and 300 more. The Village of Lake in the Hills was incorporated on Nov 29, 1952. The first elections for village president, trustees, clerk, and police magistrate where held on a snowy Jan 17, 1953.

In 1959, a new Village Hall and police court were relocated to 1111 Crystal Lake Road. This remained the municipal center until 1992, when the Village Hall and Police Department offices were erected at 1115 Crystal Lake Road. The Public Works Department was housed at 600 E Oak Street until 1995, when it was relocated to a state-of-the-art Public Works facility, south of Albrecht Road and west of Miller Road In 2002, the current Village Hall was erected at 600 Harvest Gate.

The town saw a rapid growth pattern in the 1990’s. The farmland around Randall Road, and west of there, added more land area to Lake in the Hills. This led to the growth. The area is divided between 3 school districts, 300, 158 (Huntley), and 47 (Crystal Lake elementary district).

Click on any of the images below to open the image viewer. 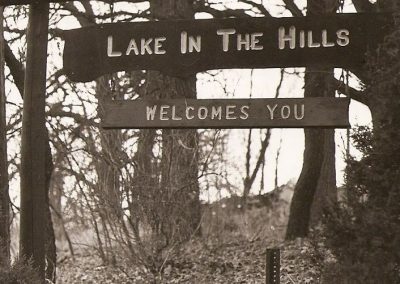 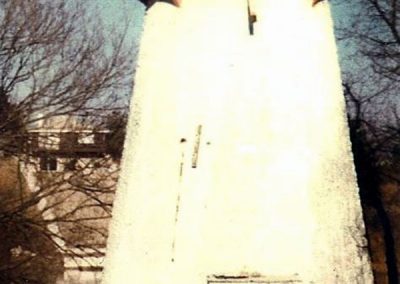 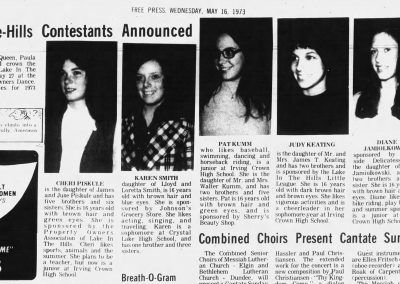 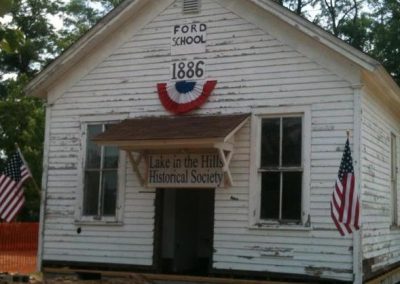 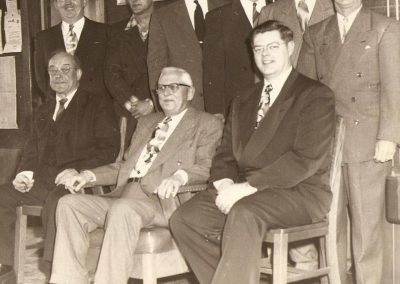 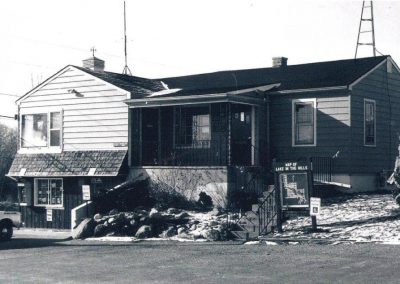 Lake in the Hills City Office 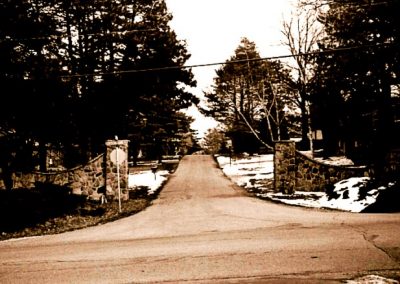 Lake in the Hills Entrance (1) 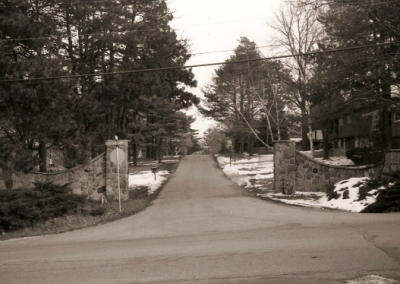 Lake in the Hills Entrance (2)