In Honor and Memory of Leonard Besinger Jr. 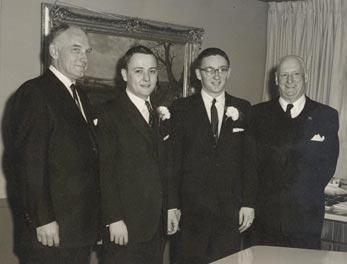 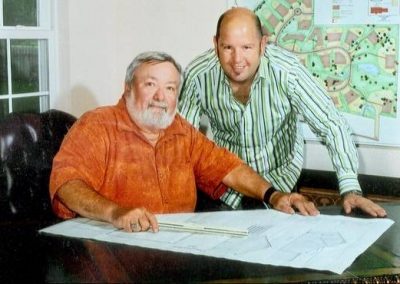 Designer and builder of the Meadowdale Speedway, and with his father, much of Carpentersville, passed away on Sunday, August 14, 2011, he was 76.

Leonard W. Besinger Jr., 76, of Marengo and formerly of the Dundee/Carpentersville areas, died Sunday,  Aug. 14, 2011, in New Mexico, from injuries he sustained in an automobile accident.

Len was born Nov. 28, 1934, in Chicago.  He was the son of the late Leonard W. and Esther W. (nee Alfini) Besinger.  He grew up in Oak Park and graduated from Oak Park and River Forest High School.  Like his childhood hero, Ernest Hemingway, he had a taste for fishing and adventure.

After graduating with a degree in architecture from M.I.T., he and his father built subdivisions  in the northwest suburbs in the 1950s and ’60s.  He designed the Meadowdale International Raceway north of Carpentersville to attract people to the area.  The track only lasted 10 years, but during that time, the population grew by a factor of 10.

He also designed office buildings and built homes as far away as the Florida Keys.  At his ranch near Playas, N.M., he founded the Bellanzi Vineyard and raised Texas Longhorn cattle.

He enjoyed sculpting, fishing and traveled much of the world.

A dynamic individual, Leonard was a builder, designer, developer, rancher, sculptor and vintner.  He graduated from MIT with a degree in architecture in 1957 and was a member of the Delta Kappa Epsilon fraternity.  He designed the Meadowdale Race Track in 1958. He deeply loved his father and worked beside him building Meadowdale Subdivision in Carpentersville.  He built homes throughout the Chicagoland and South Florida.  He designed and built the first self-supporting fiberglass structure in the world.

In the late 1980s, Leonard started a herd of registered Texas Longhorn Cattle and settled his ranch near Playas, N.M.  Over the past several years, his passion became Bellanzi Vineyards,  where he produced award-wining wine.

Survivors include his loving children, Dr. Richard (Gayle) Besinger, MD, of Downers Grove, Elizabeth (Victor) Duran of East Dundee, Leonard W. Besinger III of Streamwood, Blase (Alicia) Besinger of East Dundee and Amanda Besinger (Stephen Gawrit) of Chicago.  He was the proud grandfather of Erin, Emily and Elyse Besinger and Paul, Natalie and Clarice Duran; and fond brother to Greg (Deborah) of West Dundee and his sisters, Janet (the late Frank) Scarpelli of East Dundee, Barbara Besinger and Penny (Richard) Hendricks, both of Tucson, Ariz., and Leslie Besinger of Stuart, Fla. He also was survived by many nieces, nephews and friends.

He was preceded in death by his parents; his brother, Kurt Besinger; and his sister, Pamela Poincelet.