Did you ever eat at Old Hickory Farm House?

This place was located up the hill from Hillcrest (aka Schock’s and Manor).  Their tagline was ‘Featuring Farm Fresh Foods for Fussy Folks’.  Another was ‘Where Food’s the Thing and Chicken is King’.

Ralph and Alice McKenzie ran this restaurant. It was a long time ago, as a map shows Illinois Route 63 as one of the roads nearby. Anyone remember Rt. 63? It’s been Rt. 68 since 1973.

Their specialty was chicken. This was prevalent in their motto: Where food’s the thing, and chicken is king. There other motto was farm fresh food for fussy folks. This led to other menu items, such as, ham, steak, and seafood for entrees. The seafood was not on the children’s menu.

At other times, the following restaurants: Spinnaker, Viking Smorgasbord, and Family Inn (Tony Bellino), were run out of the location.

Later, it was rezoned as a commercial business space. The first non-restaurant was the home former DCHS teacher James Borello’s tax business.

Please check out all of the great Old Hickory Farm House images and files from the past.

Images and Articles from the Old Hickory Farm House 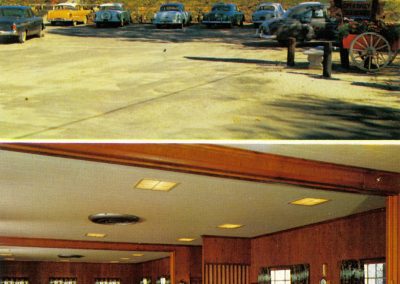 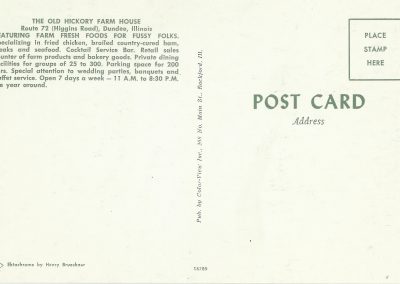 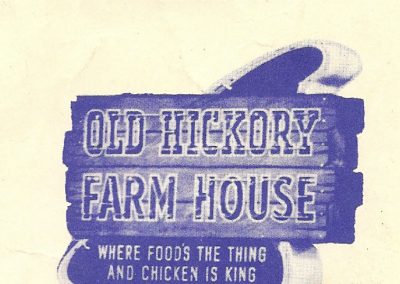