Welcome to the Carpentersville Memories PM Bentley’s Page.  Our goal is to bring back some fun memories of growing up in the 1950s, 1960s, 1970s and 1980s.  Please take your time and check out all of the PM Bentley’s images and files, they are sure to bring back many memories.

The bar was located in the mall area of Meadowdale Shopping Center in the early 80s.

The original location hosted Wintergarden Shops. The restaurants and ice rink (pre-fire) were located in a mall next to Sherwin-Williams. After the fire, the area was rebuilt and this area of the mall became a rotation of restaurants, then bars, including Bonanza, Kissane Pub, and PM Bentley’s.

The last business in that space was PM Bentley’s. This bar (actually night club) was very popular with the younger crowd. They were known for their ladies night special. The happy hour specials were widely popular too.

There was entertainment via live music on most nights; along with dancing. Also, there was a dart board and game room. The even younger crowd were treated to a teen night. It was no alcohol allowed and jukebox music to listen or dance to.

Please check out all of the great PM Bentley’s images and files from the past.

Images and Articles from PM Bentley’s 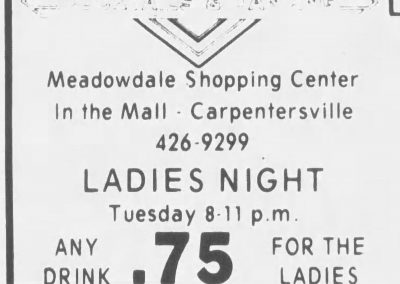 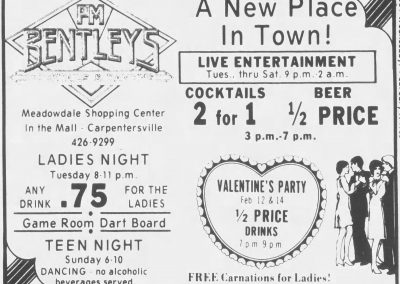 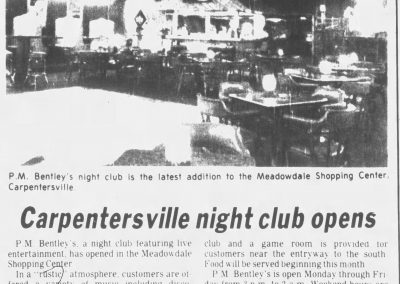