In Honor and Memory of Robin Olsen 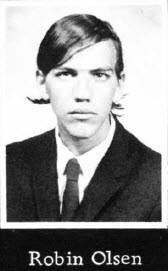 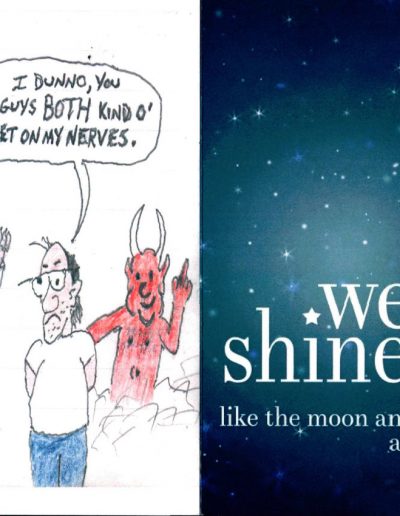 Drawing by Robin. This is from the funeral. 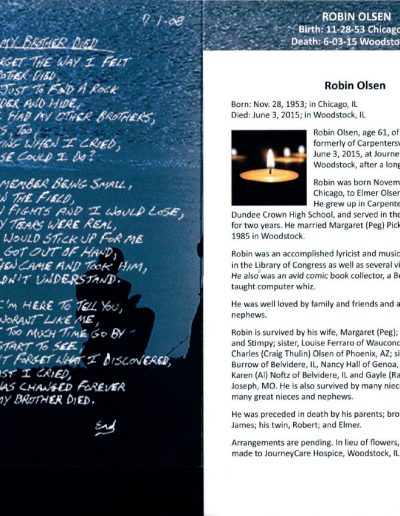 Poem by Robin and his obituary. This is from the funeral.

Robin Olsen, age 61, of Crystal Lake, formerly of Carpentersville, passed away June 3, 2015, at JourneyCare Hospice, Woodstock, after a long illness.

Robin was born November 28, 1953, in Chicago, to Elmer Olsen and Ann Giannotti.

He grew up in Carpentersville, was a Irving Crown High School graduate, and served in the United States Navy for two years. He married Margaret (Peg) Pickens, on May 31, 1985 in Woodstock.

Robin was an accomplished lyricist and musician, having his music in the Library of Congress as well as several videos on YouTube.  He also was an avid comic book collector, a Beatles fan and self taught computer whiz.  He was well loved by family and friends and adored his nieces and nephews.

He was preceded in death by his parents; brothers, John and James; his twin, Robert; and Elmer.