Welcome to the Carpentersville Memories Sam Q Page.  Our goal is to bring back some fun memories of growing up in the 1950s, 1960s, 1970s and 1980s.  Please take your time and check out all of the Sam Q images and files, they are sure to bring back many memories.

The best Chinese Food in town?

Sam started on the main drag of East Dundee. His place survived two area fires before moving to the shopping center at Illinois Routes 72 and 25.

This was a well-known restaurant, with great food. It was originally located on River Street in East Dundee. The main theme was Chinese food. They also served American food.

Among the Chinese dishes, one would find the regular Chinese-American offerings. Fitting into this category were different types chop suey, chow mein, fried rice, and egg foo young. Being a Cantonese restaurant also meant they had special dishes in that style of cooking.

On the American side were standard dishes. This means hamburgers, cheeseburgers, and French fries. They also had chicken and seafood.

They survived two major River Street fires that threatened the business. After that, Sam decided to not push his luck again. He moved the business to a strip mall at Illinois Routes 72 and 25 in West Dundee.

The move proved fatal. He did not get enough traffic through the doors. After a few years, he closed the restaurant.

Please check out all of the great Sam Q images and files from the past.

Images and Articles from Sam Q 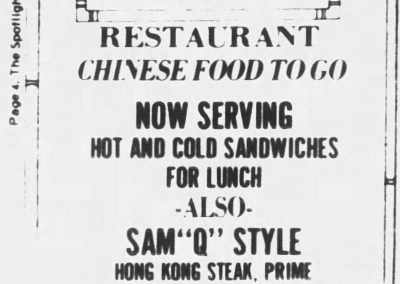 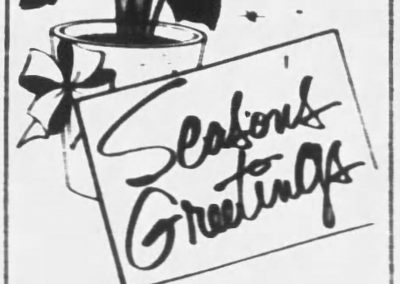 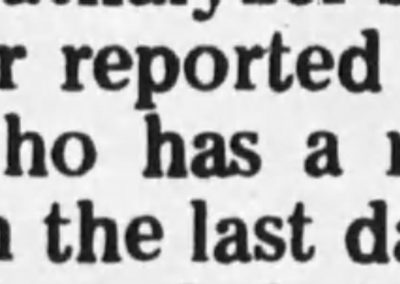 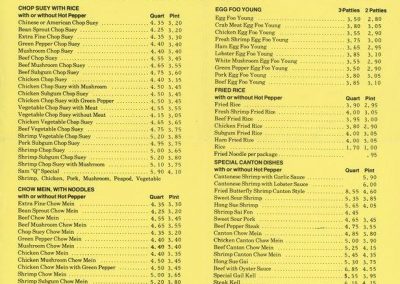