Welcome to the Carpentersville Memories Sleepy Hollow Page. Our goal is to bring back some fun memories of growing up in the 50’s, 60’s, 70’s and 80’s. Please take your time and check out all of the Sleepy Hollow images and files, they are sure to bring back many memories.

What was Sleepy Hollow like way back in the olden days?

Sleepy Hollow was a place where we all felt safe, any time of day or night.  A place we called home, a place with friends, family and great people.  Whether you lived there for a year or a life time, the memories of Sleepy Hollow are forever in your mind.  Check out all of the Sleepy Hollow images and files we have been collecting.  We would love to add more to our Sleepy Hollow page, if you have any images to share please contact us.

The History of Sleepy Hollow

Rolling, wooded, and serene, the village of Sleepy Hollow has no gridlike street pattern or even a main street. Floyd T. Falese designed the community in this manner after purchasing Sleepy Hollow Farm in 1953.

Falese built a house that he called “Singing Waters” on the 340-acre property, which featured two lakes and a waterfall. But it was not long before he acquired more land, gave up farming, and became a developer.

Falese hired an architect to devise a landscape that followed a natural setting. Lakes were dredged and stocked with fish. No sidewalks were installed and no trees were cut down; lots were at least one-half acre. Bridle paths were established and horses were also allowed on a 25-foot apron along the road.

The first lots Falese offered for sale in the mid-1950’s were east of Sleepy Hollow Road and bordered on the north by Illinois 72. Operating as the Falese Land Company, Falese advertised his new subdivision of custom-built houses as Sleepy Hollow Manor, “a retreat in the country for the common man’s boss.”

Falese intended to keep the area unincorporated to preclude interference by governing bodies who would impose high taxes and stringent building codes. But as the surrounding communities fanned out closer to Sleepy Hollow, residents began to debate annexation to West Dundee, and Falese decided to move for incorporation. In 1958 the village incorporated as Sleepy Hollow and Falese became the first village president. Eventually Falese’s barn became the village hall.

In 1979, the first annexation was a planned subdivision, Saddle Club Estates. In the 1980’s, Windsor Development built the Deer Creek and Surrey Ridge subdivisions.

The town still has no fast-food restaurants, no downtown, and little traffic. In a nod to Washington Irving’s legendary town, the Headless Horseman is part of the village flag. 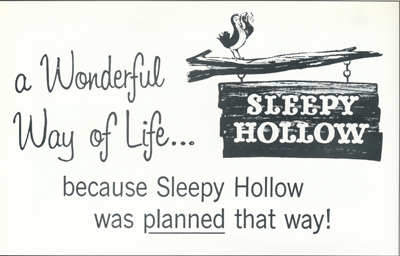 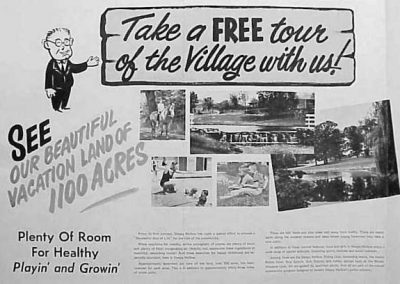 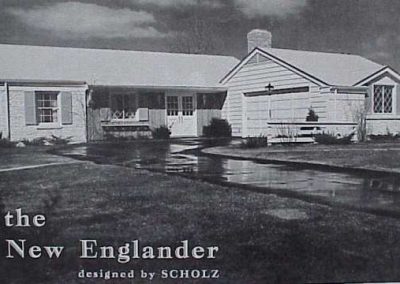 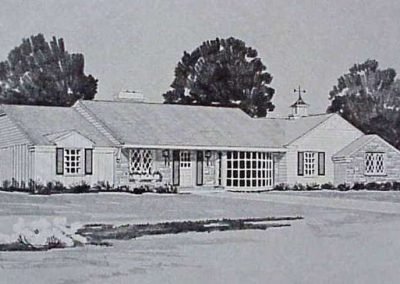 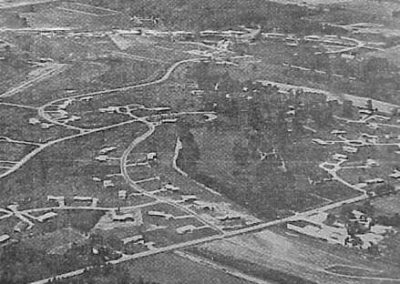 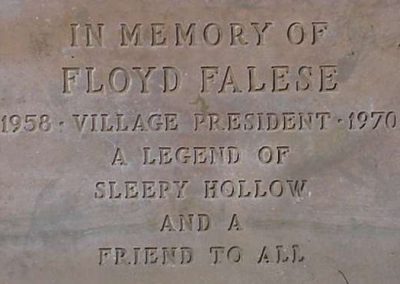 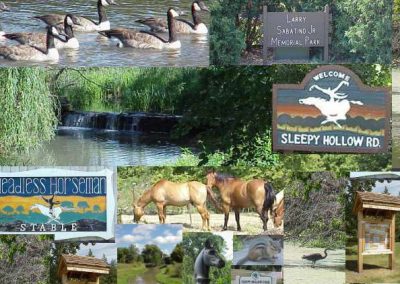 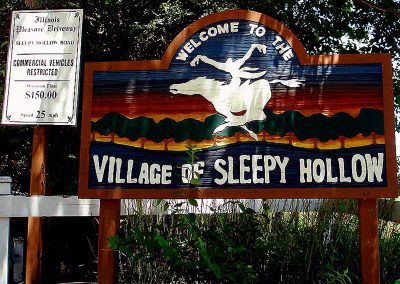 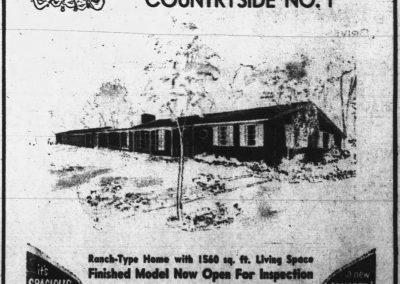 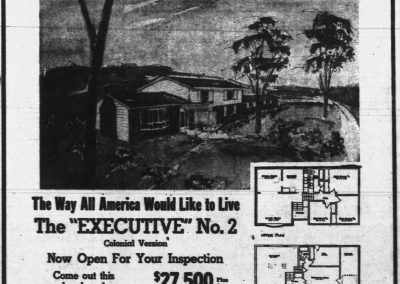