Welcome to the Carpentersville Memories St Mary Margret School Page.  Our goal is to bring back some fun memories of growing up in the 1950s, 1960s, 1970s and 1980s.

Did you go to St Mary Margret School?

This school is in Algonquin. It serves residents of Algonquin and Lake in the Hills. It is also a member of the Rockford diocese. Students attend from Pre-K through 8th grade. Those who continue on to a Catholic High School usually go to Marian Central in Woodstock. This high school aligns with the teaching that is done at the grade school. Therefore, it’s a smooth transition.

The first church was dedicated in 1915. In 1955, as population increased post-war, 10 acres with a farmhouse was purchased. The farmhouse became the convent. A church with school was built and opened. As time went on, class grades and meeting areas were shifted to accommodate the school’s community needs.

Due to increases in population in the area, changes were made. The following are some of the highlights. From 1969 through 1983, part of the 8th grader’s school day was held at Algonquin Middle School. Starting in 1984, all classes were held at St. Mary Margret. However, the physical education program was not started at the school until 1993. Added rooms were built in 1995. In 2003, classes were moved to the former Eastview School building. If students need bussing, district 300 can be contacted to provide the service.

The school mascot is the Panther. School colors are red and white. 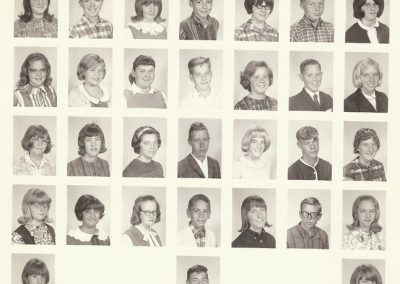 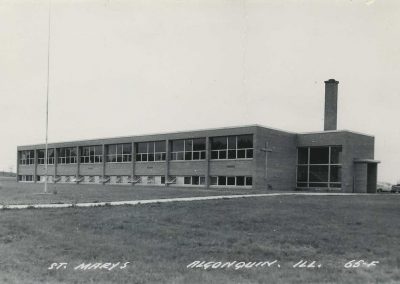