Welcome to the Carpentersville Memories Wintergarden Pharmacy Page.  Our goal is to bring back some fun memories of growing up in the 1950s, 1960s, 1970s and 1980s.

Did you shop at the Wintergarden Pharmacy?

After the fire at Meadowdale Shopping center, Wintergarden opened in a new location. Merwyn Hanson (Merv), the pharmacist/owner opened the pharmacy in the Convenient Plaza. The grill and ice center were never reopened.

The pharmacy was a go-to for a lot of people. He knew every one of his regulars by name. When my assistant’s parents were new to the area, their doctor recommended the pharmacy. This doctor was the family physician until his retirement. Merv gave her and her dad a recommendation for a new physician.

Besides filling prescriptions, the pharmacy had a wide variety of other items. Some items were everyday necessities, gift-type items, and lottery tickets. For instance, I remember buying mother’s day gifts there. I also bought 8-track tapes there.

In 1971, a burglar dropped a lit cigarette which started a fire that spread to Mr. Lion, King of Treats and the restaurant. Both places reopened later that same year. Merv cared so much for his customers. After the fire and before the store reopened, he would take phone orders for prescriptions during the day and deliver them that night.

Bill spent many years working with Merv. As Merv got closer to retirement, Bill decided to leave. He went to work for Osco Drug. When Merv’s health degraded greatly, Bill came back to Wintergarden. Near the end of what turned into Merv’s last day at the store, he had a terrible attack. Bill stayed at the store with him until he ‘recovered ’. A day or two later, Merv passed on. Bill, with the blessing of Merv’s children, stayed at the store to help close it down.

Images From the Wintergarden Pharmacy 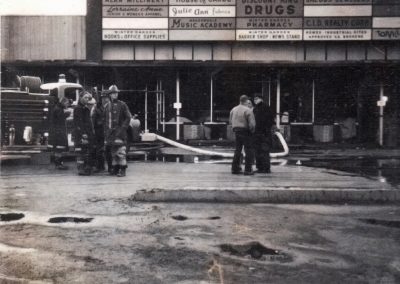 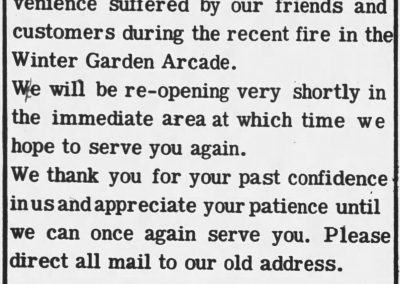 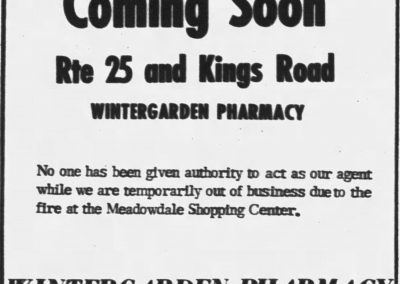 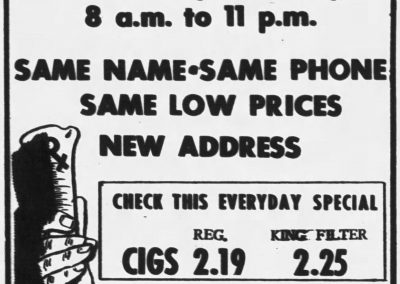 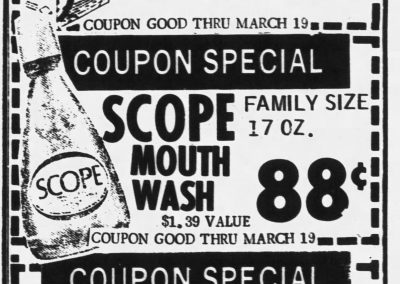 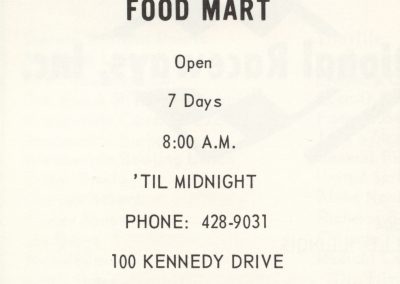 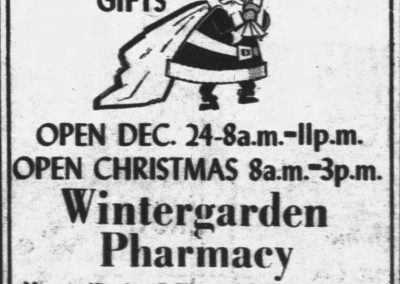 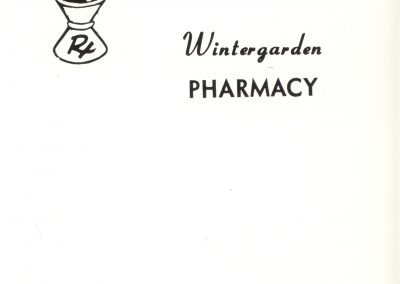 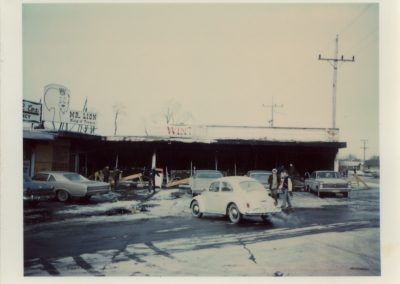 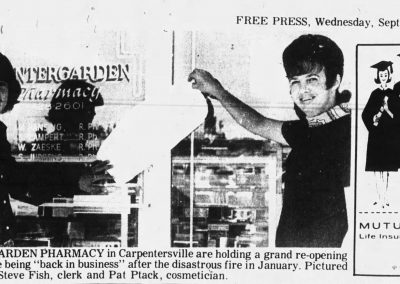